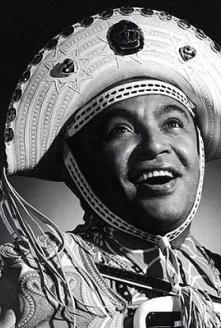 Known as the Baião King or Gonzagão, he took up the sanfona after bein encouraged by his father, who repaired accordions and played at "forró" parties. A trumpet player in the Fortaleza Army, he was transferred to Minas Gerais, where he began to study music theory. He is the creator of the rhytnm known as "baião", which he immortalized.