The rattle is an instrument that has in its inside or outside of small parts, balls, seeds or bells. It can be made of many materials and can have different sizes and shapes.

To be shaken, the rattle produces a sound that comes from friction between parts, or one with the wall of the instrument itself.

Since the sixteenth century rattles were used in Rio de Janeiro by the Indians in various festivals and ceremonies. In the nineteenth century, the French painter and designer Jean-Baptiste Debret recorded in an engraving of his book "Picturesque and historic trip to Brazil", where Indians were preparing for a party, a type of Indian rattle. 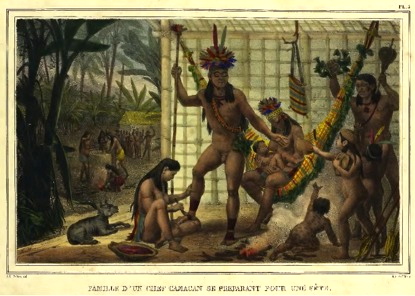