The tambourine is a percussion instrument that, in addition to mark the rhythm, helps the dance movements and can be played by the dancers.

It is used in many popular parties in Brazil, mainly in Northeast region, and works like an instrument and also complement the dancers costumes.

How does it work?

The tambourine has a ring that vibrates small metal disks placed singly or in pairs on the side of instrument. It may be covered by leather or plastic membrane and the sound produced have no exact pitch.

In Rio de Janeiro the tambourine was introduced probably during the 16th century by Jesuits. Maybe the most important use was in parties such as Folias de Reis, a traditional party celebrated until today.

In the 18th century, the tambourine was used in parties such as the King and Queen of Congo Coronation, known as Congadas, in which traditional African music and dance are associated to sisterhoods of Nossa Senhora do Rosário dos Pretos. 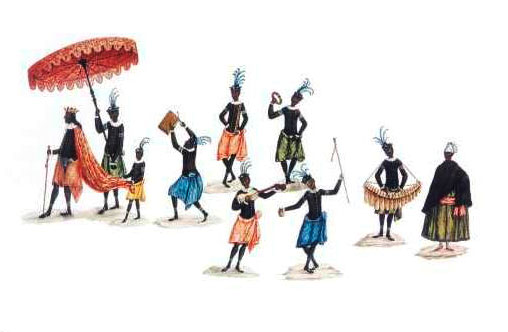 The tambourine is used until now mainly in two typical musical genres in Rio de Janeiro: choro and samba. Played in a choro group, serves to mark the rhythm and in a samba group, it is normally used as a prop for the dancers to juggle.