Modinha: between classical and popular

Modinha is deeply rooted in Brazilian music and it is responsible for the romantic lyricism of our songs and for the tenderness, softness and lovingness found in our music. However, modinha has always transited between the classical and the popular, at times inclining to one side, at times to the other and, in other times uniting these two in a song.

Modinha was born popular, in rural Portugal, constituting what was known as Portuguese moda and it soon reached the urban environments along with those people who migrated from the country to the cities in the 17th century. According to Rui Vieira Nery, “In most countries the increase of the city population was, in large part, due to the growing influx of peasants, and the new city dwellers kept some cultural features typical to this rural origin”[1]. In this sense, in the urban setting, the Portuguese moda took its first steps towards erudition shaping itself like the literary songs, the Italian canzone and suites, fugues and sonatas from the German musicians. Nevertheless, Rodney Gallop stresses that “it is certainly difficult to tell to which extent the regional and urban songs influenced one another, mas there is no doubt that such interchange happened; happens(...)”[2].

The Portuguese moda would also be taken to the Portuguese colony in America, integrated to the migrating process that took a large contingent of people to Brazil in search of gold and precious stones in the mining region in the beginning of the 18th century. In this respect, the Portuguese moda takes on completely popular and secular features. Jesuit Nuno Marques Pereira in his Compendio Narrativo do Peregrino da America, whose first edition was from 1728, mentions songs he heard in Bahia that were so alarming to the extent that he stated: “And what would I tell you of listening to profane music? (...) that in any other place should they be avoided and punished with harsh penalties than in Brazil; by the profanity of modas and the poor sounding concepts”[3]. Bahia was indeed the stronghold of the Portuguese moda and, possibly, where it was known as modinha, as Vincenzo Cernicchiaro suggests: “La ‘Modinha’ fioriva nella classica Bahia, ove, del resto, nacque e crebbe. (Modinha prospered in classical Bahia, where it was born and established.) ”[4].

The Portuguese moda – always linked to the popular classes –  propagated to other places like Rio de Janeiro and São Paulo and it incorporated the lundu practiced by the black community in the colony which was responsible for the languor that transformed moda into the Brazilian modinha. So, this popular and lascivious modinha reached Portugal where it would conquer the court and the society.

The Brazilian modinha reached Portugal through Domingos Caldas Barbosa whose father was from Portugal and mother from Angola. He got to know modinha and lundu when he was a young man living in Rio de Janeiro where he also developed his gifts for improvisation[5], with “distasteful expressions[6], and ended up being banished to Colônia do Sacramento where he fought to defend the territory. Caldas Barbosa went to Portugal to study law and canon at Coimbra University and he took the Brazilian modinha with him which was introduced and disseminated during the reigns of D. José I and D. Maria I and was highly appreciated by the court.

It was during this period that the Brazilian modinha peaked in erudition by incorporating the Italian opera which made it resemble a court aria and, in this sense, it lost its own characteristic features almost completely. With regards to this last aspect, the fusion did not please everyone. The English traveler William Kinsey, who also highlights that modinha was also considered a Portuguese national music, suggested that “It would be well if the Portuguese confined themselves to their native harmony, instead of attempting the Italian style[7]. And Portuguese author César das Neves went even further stating that “(...) many modinhas were popular due to their originality, but most of them were bumbling imitations of arias of Mozart, Bethoven, Cimarosa, etc., pretentiously overloaded with volatas, grupetos, trills and all vocal agility tricks which made this music ridiculous. ”[8]. Nonetheless, it is believed that modinha is largely responsible for the origin of the Portuguese opera and all modinha’s composers in Portugal were erudite from the opera or sacred music.

Modinha was so successful, though, that between 1792 and 1796 a specialized newspaper was dedicated to the genre, the Modinhas Newspaper, to which there were many contributions from French, Italian and English musicians. In this regard, foreign modinhas were also created, especially in France.

Modinha´s success, however, was not restricted to the upper classes in Portugal. According to Manuel Morais: “Modinha´s practice runs across all social groups, from nobles, to the bourgeoisie and the clergy (monastic and secular) reaching the servants and urban workers. (...) It was used, exploited and adulterated by all Portuguese social classes reaching the lowest ones by mimicry”[9].

It is perhaps because of this excessive use of modinha that a gradual lack of interest in the genre happened at the same time the royal family and the Portuguese court relocated to Brazil and took with them the, now classical, modinha.

Back to Brazil, modinha is initially appreciated by the elites, but becomes very popular as Mozart de Araújo highlights: “The court aria modinha gradually left the chandelier´s light to expand under the moonlit sky nights. And it disregarded the counterpoint of the harpsichord for the countermelodies of the serenading guitars”[10].

The French writer and historian Ferdinand Denis spent time in Brazil in the first decade of the 19th century and he accredited a uniquely popular feature to the modinhas of Brazil contrasting them to the erudition of the work of Rossini which was highly appraised in this period. According to this author:

Nevertheless, the Brazilian modinha was incorporated by national and foreign popular and classical musicians. Joaquim Manoel da Câmara did not know how to read musical score, but his modinhas were found in the Paris National Library. They were taken there by Sigismund Neukomm[12], who was Michael and Josephe Haydn´s disciple and who taught private piano lessons to D. Pedro I, who was also fond of modinhas.

In the beginning of the 20th century modinha became even more popular due to phonograms that enabled records to be played inside homes and, with them, modinhas and its singers and composers. Many other publications included modinha; there were others, however, that, although had the name modinha in the title did not present one song of the genre. The modinha that was once mistaken by lundu and the opera was now being diluted in the rhythmic waltz and it was gradually settling after nearly two centuries of existence.

[1] Licensed in History by the University of Pernambuco, Specialist in Communication and Image Theories by Federal University of Ceará and Master´s student in History of the Portuguese Empire (e-learning) through Universidade Nova de Lisboa.

This article is an excerpt of a thesis titled “The Brazilian modinha: trajectory and velleity (from the 18th to the 20th century)”, developed in the Master´s program of the Universidade Nova de Lisboa. 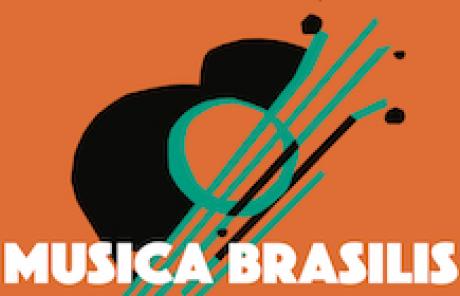 1. Colonial period (to 1822). Relatively little is known about art music activities and composition during the first two centuries of Brazilian history. The substantial documentation attesting to... 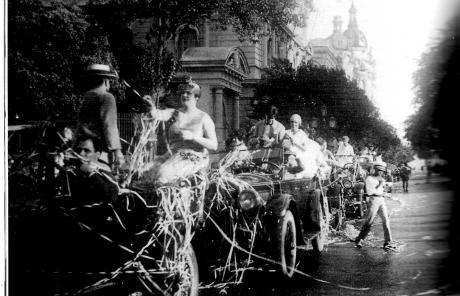 Some people think that Carnival is a typical Brazilian festivity, but it has a very ancient origin. It is associated with agrarian cults of ancient Greece (about the fifth century BC). With the... 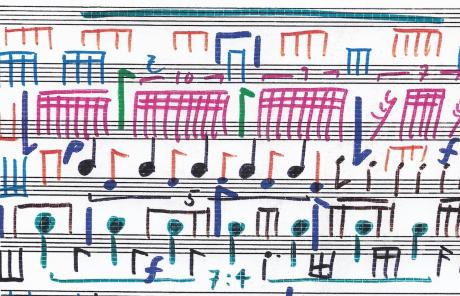 Preface to the first edition   Alongside the transformations which occurred in the harmonic language of Western classical music of the 20thcentury, from the growing dilation of tonality up to its...