It is probably difficult to imagine today just how captivating a place Brazil was for 19th Century Europeans. Curious travellers found a whole new universe unveiling itself before their eyes. Under instruction from their countries of origin, they set about mapping, describing and documenting its every inch, not to mention carrying out geographical and geological surveys. Their mission was none other than to capture every detail of this rich and splendid land, which had sparked the curiosity of the Old World. The accounts of these travellers have come to be an important record, contributing to our historical understanding of everyday life at the time, much of which might have been lost were it not for these detailed and thoughtful accounts. Reise in Brasilian, or ‘Travels in Brazil’, by the Bavarian naturalists Johann Baptist Von Spix and Carl Friedrich Phillip Von Martius, is perhaps the most detailed, and the most interesting, of these accounts. In one epic journey, between 1817 and 1820, the botanist Martius and the zoologist Spix covered thousands of kilometres, visiting São Paulo, Rio de Janeiro, Minas Gerais, Bahia, Pernambuco, Piauí, Maranhão, Pará and Amazonas.

The two naturalists’ bountiful legacy extends well beyond the scientific. As they travelled across Brazil, Spix and Martius found themselves charmed by the people and customs they encountered and the harmonious cultural diversity in which they often lived, with people of indigenous, black, mixed and white backgrounds beginning to coalesce in a potent multicultural cauldron.

The modinhas, traditional Brazilian songs, often of a sentimental nature, which have been edited and collected here, belong to the ‘Musical Annex’ appended to ‘Travels in Brazil’. In it, Spix and Martius collected what they termed Brasilianische Volkslieder, or ‘Popular Brazilian Songs’, and Indianische Melodien, or ‘Indigenous Melodies’. All the melodies present in the Annex are anonymous. The works are generally of a type the Brazilian writer Mario de Andrade has called the “bourgeois ballroom modinha”. However, as the writer himself notes, reminding us of the duality and interpolation of these genres, the Annex also contains the lundu (a type of Afro-Brazilian dance) ‘Uma Mulata Bonita’, as well as the now famous ‘Landum’ instrumental which brings the Annex to a close. Curiously, it is suggested in the Annex that the piece would have been heard in the regions of Minas Gerais and Goiás, yet besides informing us of the character of the dances and festivals, the following extract states that the verses were also sung in Bahia:

“The festivities during the first days of the New Year, which we spent in Ilhéus, are probably analogous to other popular celebrations, such as those in Cornwall, where Saint George’s conflict with his pagan adversary is acted out in verse at Christmas. In the north of England and in Scotland there are similar events, with people in masks, the so-called ‘guisards’, going from house to house disguised as a comic pagan foe by the name of the Galatian. The Brazilian actors, however, did not live up to the eloquent descriptions of these popular English actors; it was only during the festive banquet that they began to grow more and more noisy, accompanying the music of the dance with the lyrics of popular songs. These lyrics usually recall local events, and are sometimes improvised by the dancers themselves. Some of them are very funny, while others are more lewd. We heard, amongst others, the lundu, accompanied by the following lines:

(I know that your grace understands me)

(I know that your grace deceives me)

(I know that your grace already has)

(A love that is loved more than me)

The following lines are also sung in the province of Bahia, at similar dances:

(A pretty mulatto girl has no need to pray)

(Her tenderness supplies her soul’s salvation)

(My girl if I could build in this world an altar)

(I’d put you on it for the people to worship)

The version of ‘Uma Mulata Bonita’ presented in the Annex, however, does not seem to correspond to the description of the festivities in Bahia. The song from the Annex has a more subtle character than one might expect from the above extract, and even includes a modulation to a minor key. Yet the information in the Annex, which states that the work was collected in Minas Gerais and Goías, suggests that the lundu described may perhaps be a different song, albeit containing the same lyrics. (Though there are some differences between the lyrics from the Annex and those shown above, for example the use of the verb abastar, meaning ‘to supply’ in place of bastar, meaning ‘to suffice’.) This would not be the first time that the same lyrics were attached to different melodies.

The ‘Landum’, also collected in the Annex, seems to correspond much more closely to the description from the above extract, with its improvised structure and strong popular appeal. It is interesting to note that the ending, however, does not match the rest of the song. This suggests that that it was added by the person who collected it, needing to give an ending to a song which might have carried on through hours of further variations at the time they heard it.

The first modinha recorded in the Annex is ‘Acaso são estes’, whose lyrics are taken from lira V, the fifth poem of the collection Marília de Dirceu by Tomás Antonio Gonzaga. Another twelve poems from the same collection were also put to music, possibly by Marcos Portugal, and edited by César das Neves in his songbook the Cancioneiro de Músicas Populares.

As well as ‘Acaso são estes’, the songs ‘Qual será o feliz dia’, ‘Perdi o rafeiro’ and ‘Escuta Formosa Marcia’ were also heard in São Paolo. The following extract describes the musical talent of the people of São Paolo, as well as being an important record of the use of guitar accompaniment:

“We were not surprised that the music here resembled a chaos of elementary sounds, because, aside from the guitar, their favourite accompaniment for singing, scarcely any instrument is taken up. In terms of the singing itself, the taste of the Paulista is more developed. Mr Dankwart, a Swedish captain who has settled here, introduced us one evening to a party at which we were entertained with music, giving us a very favourable opinion of the musical talent of the people of São Paulo. Their singing is very simple and unaffected, and with the range of their not very powerful voice not much exceeding a high tenor, is entirely in the spirit of pastoral poetry. The modinhas are of Portuguese or Brazilian origin. The latter are superior to the former from the natural style of the text and the melody. They are entirely to the popular taste, and sometimes reveal genuine lyrical inspiration in the poets, who are mostly anonymous. Scorned love, the torments of jealousy, and the pain of absence, are the subjects of their muse, and fantastical poetic allusions to nature give them a sincere, peaceful relief, which to a European appears all the more genuine and dear the more he feels himself enraptured by the richness and peaceful joy of the surrounding nature.” [1]

Another extract recounts a curious musical episode in the sertão, the backlands, of Bahia, a long way now from any society ballrooms:

“While in the heart of the sertão, we noted with pleasure how wealth and commerce had already brought with them sociability and genial habits.”

“We also discovered that there was musical entertainment to be found there, and where we least expected it. A farmer who lived twenty leagues west of Salgado, and happened to have heard someone mention our being music lovers, sent a messenger to ask us for the pleasure of accompanying us in a quartet.  A few days later, this tanned Orpheus of the wild appeared at the front of a most unusual convoy. Carried by mules he brought a viola, violins, trumpets, music stands, and, in testament to his dedication, his wife and children. Two of his herdsmen took the secondary parts, and with joyous confidence we took on Pleyel’s earliest quartets. What greater triumph could the composer hope for than for the power of his music to be exercised in  the American sertão! And not in vain: musical inspiration hovered over our performance, to the delight of musicians and listeners alike, and you, great lover of music, João Raposo, you will live for ever in my memory, your features animated with the ecstasy of triumph!” [2]

In the travel accounts of Spix and Von Martius there is no direct reference to the specific modinhas and lundus they collected. The extracts from Travels in Brazil that we present here, therefore, seek simply to contextualise these works, locating them in the period in which they were heard, without attempting to pose a direct relationship between the musical scores in the Annex. The following extract helps to illuminate the quality of the performance of musicians of the period:

“Music, on the contrary, is cultivated with greater pleasure by the Brazilians, and especially in Rio de Janeiro, and in it they may likely attain a certain degree of perfection. The Brazilian, like the Portuguese, has a fine talent for modulation and harmonic progression, and complements the voice with a simple guitar accompaniment. The guitar, just as in southern Europe, is the favourite instrument. The piano, on the other hand, is one of the rarest articles of furniture, found only in the wealthiest of households. The popular songs, which are accompanied by the guitar, are partly of Portuguese origin, and partly inspired by indigenous melodies. By singing, and the sound of the instrument, the Brazilian is easily moved to dance, and expresses his joy in polite society by means of delicate contra dances.  Among the inferior classes, however, it is expressed through sensual movements and gestures, like those of the negroes. The Italian opera appears at present to be far from perfect, with respect to both the singers and the orchestra. A private group playing vocal and instrumental music, which the crown prince himself formed, of indigenous mulattoes and negroes, speaks gives a certain indication of the musical talent of the Brazilian. Dom Pedro, who seems to have inherited a notable love of music from his ancestor King John IV, sometimes conducts this orchestra himself, which, with his encouragement, manages to perform the pieces to perfection. Haydn's favourite disciple, Sigismond Neukomm, was the composer for the Palace Chapel in Rio de Janeiro. The musical culture of the population at large, however, was not yet developed enough for his masses, which were written entirely in the style of the most illustrious German composers.” [3] [4]

Despite the repeated declarations regarding the primacy of the use of guitar over piano, the works collected in the Annex and edited in this library are all, with the exception of ‘Landum’, written with piano accompaniment. We believe, in line with a number of scholars and our own observations, as described in the first part of this article, that this is primarily due to the need to satisfy the predominant tastes of the time in Austria, where they were to be published, rather than them having been performed this way in Brazil.

We suggest, therefore, that anyone interested in performing them should try out other ways of accompanying them. For example, the accompaniment could be transposed for other instruments using the harmonies already present in the piano parts, making any necessary alterations. The use of the guitar, the viola caipira (Brazilian ten-string guitar), and even the cavaquinho or the mandolin, could certainly enrich their contemporary performance. 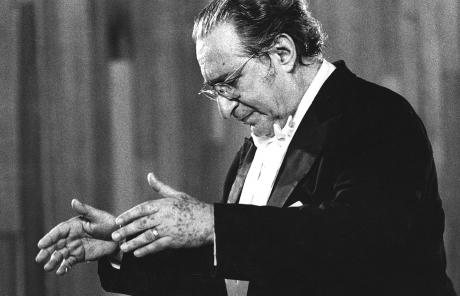 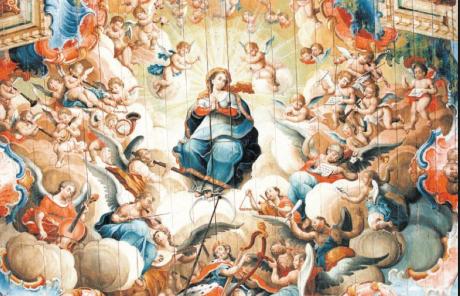 At the beginning of the 18th century, gold has been discovered at Minas Gerais, which became the target of a great number of explorers. As a consequence of the “golden” era, a fine artistic...